In most liberal democracies commercialized and new media are taken for granted, but in most authoritarian states the introduction of advertising and new media represented a radical break from the past. What are the effects of these trends for the continuation of authoritarian rule? The answers emerging in my research on China explain why scholarship about the consequences of media marketization in China and other authoritarian states has come to these two opposing conclusions, one emphasizing liberalization, the other control. Media marketization in authoritarian states contains both elements and leads to different outcomes, depending on whether the state can maintain the delicate balance between liberalization and control.

To explore these dynamics in authoritarian media I am publishing from two projects, both place China within a broader comparative context, including the Middle East, North Africa, sub-Saharan Africa and the post-Soviet region:

The first project builds on over ten years of research on the impact of market factors in authoritarian media on the production of news and public opinion. “Media Commercialization and Authoritarian Rule in China” has won the 2015 Goldsmith Book Prize of the Shorenstein Center at Harvard University. You can look inside my book or view a prezi. See also China Quarterly (2010), Comparative Political Studies (2011), Chinese Journal of Communication (2009).

The second project, entitled “Authoritarianism2.0,” shifts focus away from the market towards new media. What it is about social media that mobilizes people to act, and what kind of social media, such as Facebook or Twitter, are more influential than others? The European Research Council has provided me with a Starting Grant of 1.5 Mio € to investigate this question further in the context of China. You can read more about this five-year project at www.chinainternetsurvey.net. See also Problems of Post-Communism (2017).

The Return of the Nation-State in Digital Governance 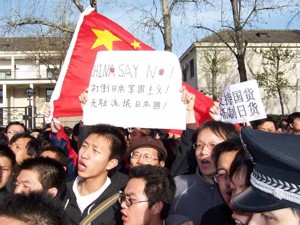 Nation states have returned as key players in governing the digital world. In response to September 11 many governments have strengthened their abilities to take advantage of online user data in an attempt to protect their citizens. These policies often lack empirical information and well-grounded understandings of the potential consequences of proposed policies.  For example, Germany quickly passed a Network Enforcement Act in 2017 with the objective to fight hate speech and fake news before the 2017 federal elections.  The law asks envisions implementation based on many mechanisms for digital control that resemble similar rules and regulations passed in China in 2014.  I am interested in this return of the nation state in digital governance relying on territorial-based policy-making, and its consequences. In Policy & Internet (In Press) I explain ways in which area expertise proves useful when mining, analyzing, and sharing big data as states take a strong role in governing information technology. Building on the thoughts developed in  I have co-founded ChinaDataLab.org together with Blake Miller and Jessica Batke as a platform where China observers can collaborate, share data, develop technical expertise, and publish relevant findings. A related project with Bekah Tromble looks into the effects of the right to be forgotten as part of the EU’s General Data Protection Regulation in 2016 on Twitter. Despite “big data,” even small percentages of data removed from the public domain are likely to result in considerable biased inferences drawn from such “decayed” data. 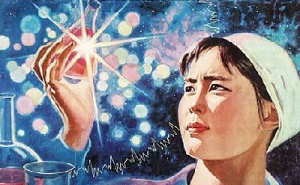 The conventional wisdom in the United States is that anti-foreign sentiment is on the rise in China as the state fosters nationalism to replace Marxism-Leninism as the basis of legitimacy. This belief about nationalism colors the discourse in the academic, policy, and pundit worlds and contributes to an argument about the risks of rising Chinese power. In my research, I am interested in the content of Chinese perceptions of foreign countries and the role of the media in explaining rising negative sentiment toward the United States and Japan. You can read more about this research in A. Iain Johnston and my online paper of “Chinese Attitudes Toward the United States and Americans,” published in Robert Keohane and Peter Katzenstein, eds. 2007. Anti-Americanisms in World Politics. Ithaca: Cornell University Press. I have also just finished a project studying Chinese views of the European Union in comparison to the United States, Russia, and Japan, funded by the 7th Framework Programme of the Commission of the European Union (FP-7). See also the book China and the European Union (2013) and my policy paper. More recently, I am working with Iain Johnston on a paper on the causal mechanisms linking public opinion with foreign policy-making. 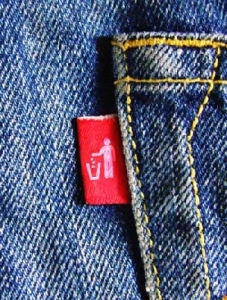 Political commercials did not exist in China until only recently. During the reform era the Chinese state has modernized the way in which politics is communicated to citizens. Today, the government focuses on public service advertising on television to actively shape people‘s attitudes and behavior on such issues as environmental protection and legal reform. More broadly, political advertising is aimed at holding an increasingly diverse and fragmented society together. Funded by the Royal Netherlands Academy of Arts and Sciences (KNAW) this joint research project with Liu Linqing and Zhang Jie (Communication University of China), Stefan Landsberger (Leiden University), and Ashley Esarey (Whitman College) relies on multiple methods to study the policy rationale behind political advertising, its production and content, as well as its societal effects. As the first systematic study of the trend towards political commercials in the Chinese media this research contributes to our understanding of the relationship between the Chinese state and society and the nature of political communication in an authoritarian context. Publications are available here: Political Psychology (In Press), Journal of Contemporary China (2017), China Quarterly (2011), Zhongguo Gongyi Guanggao Nianjian (China Yearbook for Public Service Announcements) (2011). (In Chinese)